Traditionally, companies calculate employee turnover based on the:

The above-mentioned numbers, however, only describe the company's current turnover, without providing the social context behind it, including workload, level of support, and learning opportunities. The latter have a more predictive value and can help businesses spot employees thinking of exiting the company, and prevent them from leaving.

Here’s my take on five key employee turnover metrics that are critical, but are often either overlooked or entirely unknown.

Metric #1: Number of exits experienced within a team

Studies show that many social phenomena are contagious. For instance, according to a study on cigarette smoking dynamics, if a spouse stops smoking, the chances of their significant-other retaining the habit themselves drops by 67%. A social impact can also be seen in employee exits.

When people start leaving the company, it can cause a snowball effect – and not only within the same department but also across various teams that collaborate closely. That’s why it’s so important to use a tool like Network Perspective which shows you cross-team collaborations.

Metric #2: Number of unexpected days off

When I recently spoke to an HR director at a multinational company about projects with high employee attrition rates, she told me that they discovered a very apparent pattern – if people are about to leave the company, they start taking more and more days off.

This is a phenomenon we can also see at Network Perspective.

Traditionally, People Analytics focuses on the number of days off employees take per department. In reality, though, they interact not just with other team members, but also other collaborators within the organization. For instance designers, software developers, and project managers can all be working on the same project and interact daily, though they might be perceived as members of various teams.

There are a few components behind this metric. The first thing is morale, and the second – your employees’ work getting harder. If people leave your company, it can disrupt the projects they were part of. This translates to the third element – project stability, as deadlines can be impacted.

To sum up, a seemingly small issue like days off can indicate a bigger problem overall.

An EY high-level HR consultant told me that:

“When people are simultaneously experiencing time waste at work and overload at the same time, they start thinking about quitting the company”.

Atlassian estimates that the average employee participates in 62 meetings each month, half of which are considered unproductive.

And what happens when people feel they waste their time? They become frustrated which can be a strong predictor of turnover. Here’s why.

Let’s assume one of your team leaders spends 10 hours/day on meetings. This means they are likely:

What are unproductive meetings usually characterized by? You can look at:

We also see it’s not a problem if the workload happens occasionally. But the risk of exits rises when the high workload becomes chronic.

There is both subjective and objective data on meeting productivity you can collect. You can run an internal survey, for example, but bear in mind that people who respond to them tend to have strong opinions. And that’s where the above-mentioned, objective data comes in to give you insights on team activities and what it indicates.

Most importantly, leaders must know how to collect and interpret this data. By using Network Perspective, if you track these insights week after week, you will be able to interpret the data better over time.

As aptly put by Marcus Buckingham, “people leave managers, not companies”. Even when a team experiences a high workload and some of their peers leave the organization, the negative impact of these factors can be minimized if the team leader is caring and supportive. Provided that the situation is temporary.

Traditionally, supporting interactions are confined to leader interactions, which can be divided into 1:1 and group meetings. Naturally, the more personal the interaction with one’s team leader, the higher the impact on the employee. However, what many People Analytics tools fail to tell you is that who starts the interaction also matters.

If an employee initiates a meeting with their superior, it tells you that they feel supported by the leader and feel comfortable asking for help.

That said, let us not forget about the interactions one has with other team members. It also plays a role as far support is concerned. People who feel like part of the team and share their knowledge on various domains with each other help create a sense of belonging.

Did you ever wonder why tech people leave companies in their second year? It’s no coincidence and happens to the biggest players out there, including Facebook and Google.

Dorota Piotrowska, a CHRO in a 600 people tech company, told me once that the reason why best people leave is that they no longer feel like they are growing within the organization. According to the Work Institute, 22% leave due to a lack of career development.

What indicates that employees feel their development is being cared for?

One way is the number of interactions they have with people who are higher in the organization’s hierarchy. When you build relationships with more senior employees, you learn from them and you’re more of a partner in the discussion than a subordinate.

Theoretical studies show that the number of people higher in the hierarchy whom you interact with is the strongest predictor of you getting promoted. However, this is a traditional point of view.

Tech companies have great onboarding programs for newbies. But as they get promoted to more senior roles, they start to work with more juniors than seniors. In such circumstances, they might feel they no longer grow and consider leaving. I spoke to HR directors at five tech companies and they all confirmed this is something they have observed.

Here’s where peer-to-peer learning can help. If you have interactions with people who are at the same seniority level as you but in different domains, you might still grow your skills.

At Network Perspective, we promote this approach and allow you to look at the team and the T-shaped skills they can acquire through cross-team interactions.

If you experience a high turnover, ask yourself a few questions which you might not have thought of previously:

Reach out if you’d like to learn more about how this innovative approach to employee turnover can help your organization. 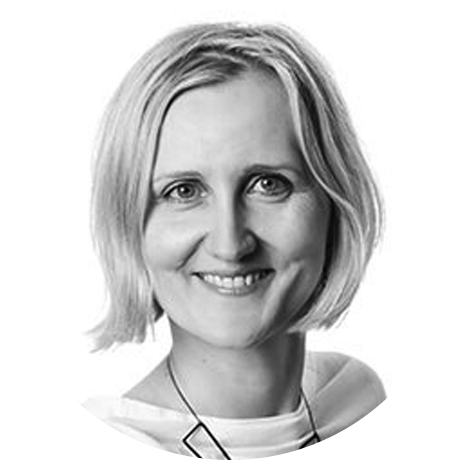