Operating in a hybrid model appears to be a perfect compromise between full-time, office-based work and the convenience of working from home. That being said, ‘hybrid’ means different things for different companies. For some, it’s a way to use up their current office lease before a 100% move to a remote work model. Meanwhile, for others it’s more about creating spaces for collaborative tasks and integration, and reserving in-house work for individual, deep focus projects. In this piece, we look at how some of the world’s top tech companies have approached the rise of the hybrid model.

Scott Judd from eBay believes that in order to effectively function in the hybrid workplace it’s vital to turn to science, i.e., workplace analytics. Luckily, it’s not necessary to start from scratch as there is a lot of external data already available, which they can apply to their business. Additionally, it’s worth taking advantage of employee feedback surveys to discover what employees say, think, and do. Judd says that they also take a closer look into data to evaluate how well their employees function in the hybrid model. They consider things like:

The data gathered is used to tell the company story, and assure employees that eBay takes their feedback seriously and that their voices matter. The company realizes that through their work, they not only impact the employees at eBay, but also their users all over the world. And knowing that they affect the lives of as many as 185 million people makes them feel incredible!

As most companies, Quartz wasn’t exactly planning to move to a remote or hybrid model before the lockdown. As of mid-2021, they were still bound with a yearly lease on a big office in New York City. And yet, when the pandemic swept through the world, they became a fully distributed company and began hiring staff “from anywhere they could legally employ people”.

Employees who live near the office are encouraged to work part-time from the office. While no one is forced to come in, Quartz Co-Founder & CEO, Zachary M. Seward, believes in the importance of in-person interaction, “even if the notion of serendipitous encounters at the water cooler are overhyped”.

At the same time, he realizes that – even with an office used by some staff members – they can’t call themselves hybrid. Nor can most of the other businesses out there. Seward says that: “[Hybrid] is really a misnomer. Unless every employee lives in the same area, which isn’t true for us or most companies going “hybrid,” then what’s going on is really better described as plain-old remote work.”

Dropbox has gone down a similar path. They have officially become a “virtual first” business, with real-life interactions acting as a supplement, but not a necessity once the pandemic comes to an end. The long-term plan is to set up collaborative spaces called Dropbox Studios in areas where they currently have office leases or create new locations upon popular demand. How will these places be different from offices? They will serve collaborative work only, with solo tasks still taking place remotely.

#3 Intercom – use data to strengthen the interactions

Intercom knows that it might be difficult for employees to return to the office after working from home for months. To ease their way back to the office, they introduced activity-based working, which allows employees to select spaces that are best for performing specific tasks. Intercom plans to create team neighborhoods with reduced workstations to allow for more floor space and easier access to different space types.

They will install a lot of sensors to monitor how the workspace is used. This data, together with post-occupancy surveys and feedback from employees will help Intercom decide what has to be changed to provide their employees with better working conditions. The company emphasizes that while they’d like more people to come to the office, they will never compromise the workplace to do this and that they’re trying to do more with less.

With the introduction of hybrid and remote work, Uber has focused their efforts on making sure that ‘hybrid’ didn’t mean a 24/7 stand-by mode for employees. They seek to keep the number of virtual meetings under control so that their team aren’t suffering from collaboration overload.

This approach stems from a discovery they’ve found by analyzing anonymized information on the number of Zoom meetings and Slack interactions. Namely, they’ve seen that their employees are falling victim to a collaboration overload “trap”, where people seek to arrange more virtual meetings to feel that they’re being productive. As a result, the average employee has been dedicating over 40% more time to these self-imposed interactions.

This is detrimental to their focus time, thus making employees less productive.

To mitigate the issue, Uber educates their staff on how to distinguish between the truly needed and optional meetings, and to put individual, deep focus work first. They also put ONA to work, and adjust team calendars to generate more time for productive tasks. And while HBR reports that it’s “still a work in progress, Uber’s experiments are showing that it takes both information and enablement to combat collaborative overload.”

The transition to remote work has further shown the important role that managers play in every organization. Microsoft is a great example. They have employed over 25,000 people since the pandemic started. Their managers were responsible for onboarding new hires. New employees whose managers were involved in their onboarding process were three times more likely to be more satisfied with the process. Amy Coleman, the corporate Vice President at Microsoft, says that “when managers can create a supportive work environment where people love to work and [have] a sense of work/life balance, the natural byproduct is that people feel more connected..”

As demonstrated by the above-discussed examples, creating a good employee experience while working in a hybrid setting is a joint responsibility. It’s vital to use workplace analytics to gather data that will help companies strengthen interactions, and to design workspaces that will fit employees’ needs and work patterns. If you’re searching for a workplace analytics platform, then take a look at Network Perspective. 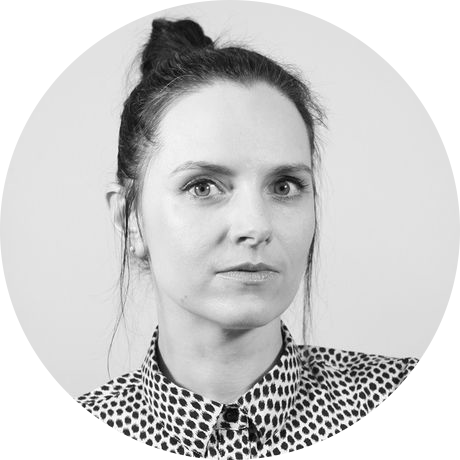